Last weekend the Swiss Surfing Association (SSA) invited representatives of all Swiss surfing organizations to Ebikon. Besides Surf & Turf, the main focus was on exchange and networking.

After an intense and positive weekend, many satisfied faces left the OANA Wave & Bowlery – full of energy for new and ongoing projects to carry the mission of Swiss Surfing out into the country: From valley to valley we shape the pathway for Swiss surfing.

The Swiss Surf Council didn’t start quite like a surfers event, because at eleven o’clock on the dot all delegates of the different organizations affiliated to the SSA were already there. While there were rumors that it was almost a good thing for surfers to arrive a little late, the interest in this first nationwide exchange of the surf scene was so great that many people showed up at the spot with bag and baggage and a surfboard under their arm even before the agreed time. And they were all there: representatives of 16 Swiss surfing organizations.

The presentation of the SSA Strategy 2024, the Swiss Surf Tour 2022 and the National Ranking kicked off the event and provided plenty to talk about. With questions like: “Why do you find only an increasing number of surfers in the strategy, but not of waves?” the present SSA reps lured out of their reserve and contributed with valuable inputs to the strategic further development of the Swiss surf landscape.

After an extended Surf & Turf session, Bene Nann opened the black box of University Sports and Pat Steffen showed which trainings are currently already available at SSA and which will be offered in the future. The new vice president of the association, Stefan Aeppli, led the feedback session with skill and sensitivity, during which numerous suggestions could be collected once again.

After all participants could take a literally deep insight into the Citywave, the star kitchen team of the OANA created a fantastic kebab dinner on the table. Many a valuable discussion arose over the beer and finally everyone made off into the night, because Sunday would be rung in early! The discussion round on Club Membership and the Round Table on the Swiss Surf Tour dominated the Sunday morning program.

Visibly mentally exhausted, everyone threw themselves into the waves once again with joy to recharge their batteries for the afternoon. Another highlight of the Council followed: the keynote by big wave surfer Priscila Guedes, who also presented her current film and VR game projects. A network exchange on grassroots sports and the River Waves Competence Center rounded off the Council, and at the concluding mezze lunch there were only satisfied faces.

The Swiss Surfing Association would like to thank all participants, the OANA team and the Lucerne International School.

Last weekend the Swiss Surfing Association (SSA) invited representatives of all Swiss surfing organizations to Ebikon. Besides Surf & Turf, the main focus was on exchange and networking.... 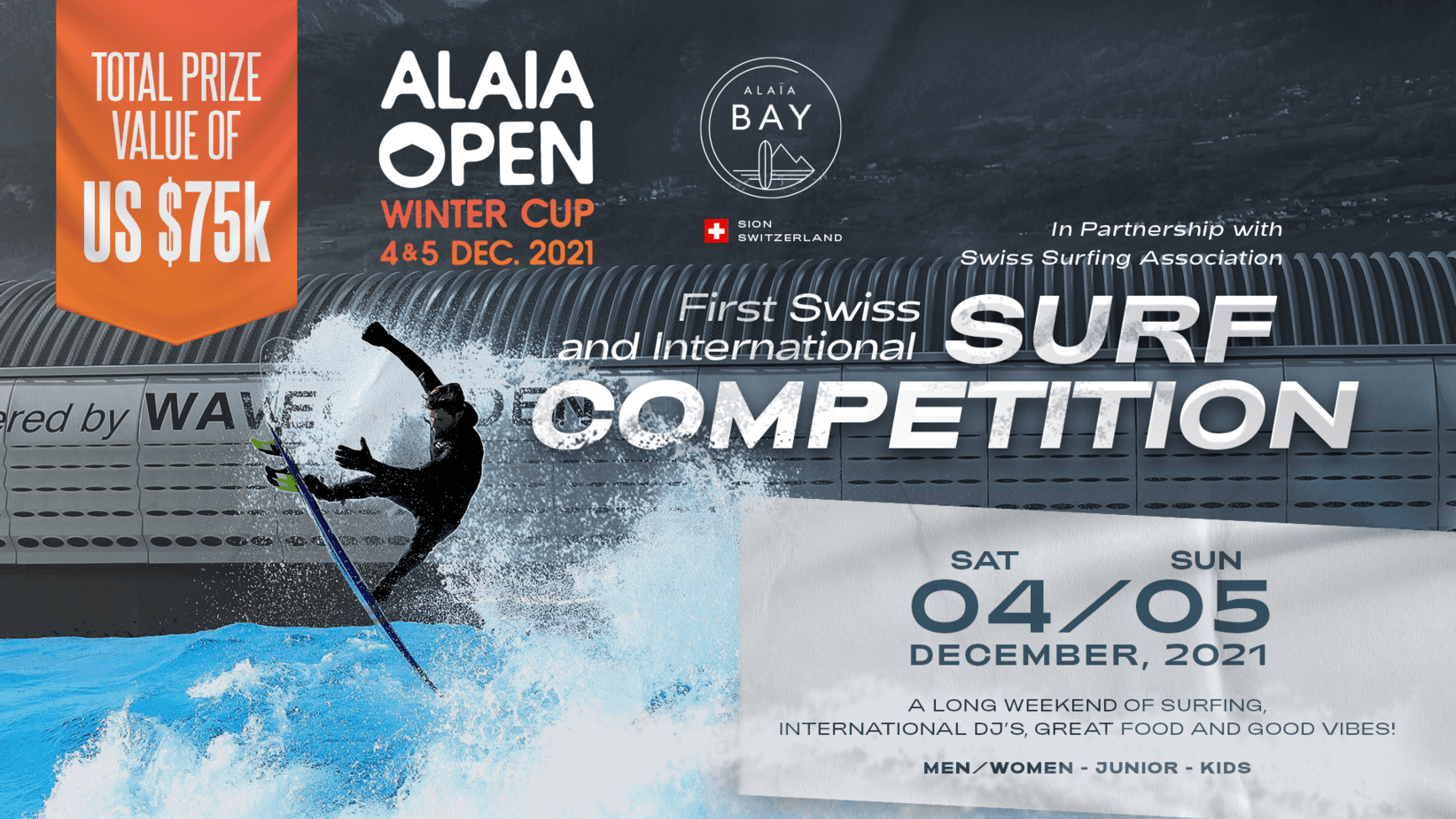 The first Alaia Open will take place on the 4th and 5th of December.🔥 The competition is open to everybody who knows his Take Off and is able to surf […]

It was noticeable in every phase of the contest, from the qualifiers to the finals, that the level is getting higher and higher and the boys want to show their […]